A measure of how often a specific event happens in one group compared to how often it happens in another group, over time. In cancer research, hazard ratios are often used in clinical trials to measure survival at any point in time in a group of patients who have been given a specific treatment compared to a control group given another treatment or a placebo. A hazard ratio of one means that there is no difference in survival between the two groups. A hazard ratio of greater than one or less than one means that survival was better in one of the groups. [NCI] 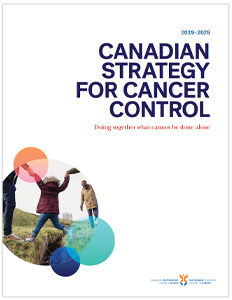 The refreshed Canadian Strategy for Cancer Control is here. Based on input from more than 7,500 Canadians including healthcare leaders from across the country, the Strategy sets the course for a more equitable approach to cancer in Canada. No matter who we are or where we live, we should all have access to world-class ... Read More »